Jay and Vijay – Gatekeepers of Vaikuntha

We all know that Narayan appears in the world in various forms from time to time to save the world from destruction often caused by powerful demons. As per Bhagwat Puran some of these powerful adversaries of Gods and followers of adharma have a very interesting connection.

In today’s story from Sutradhar, we will explore the connection between these villains from various ages. 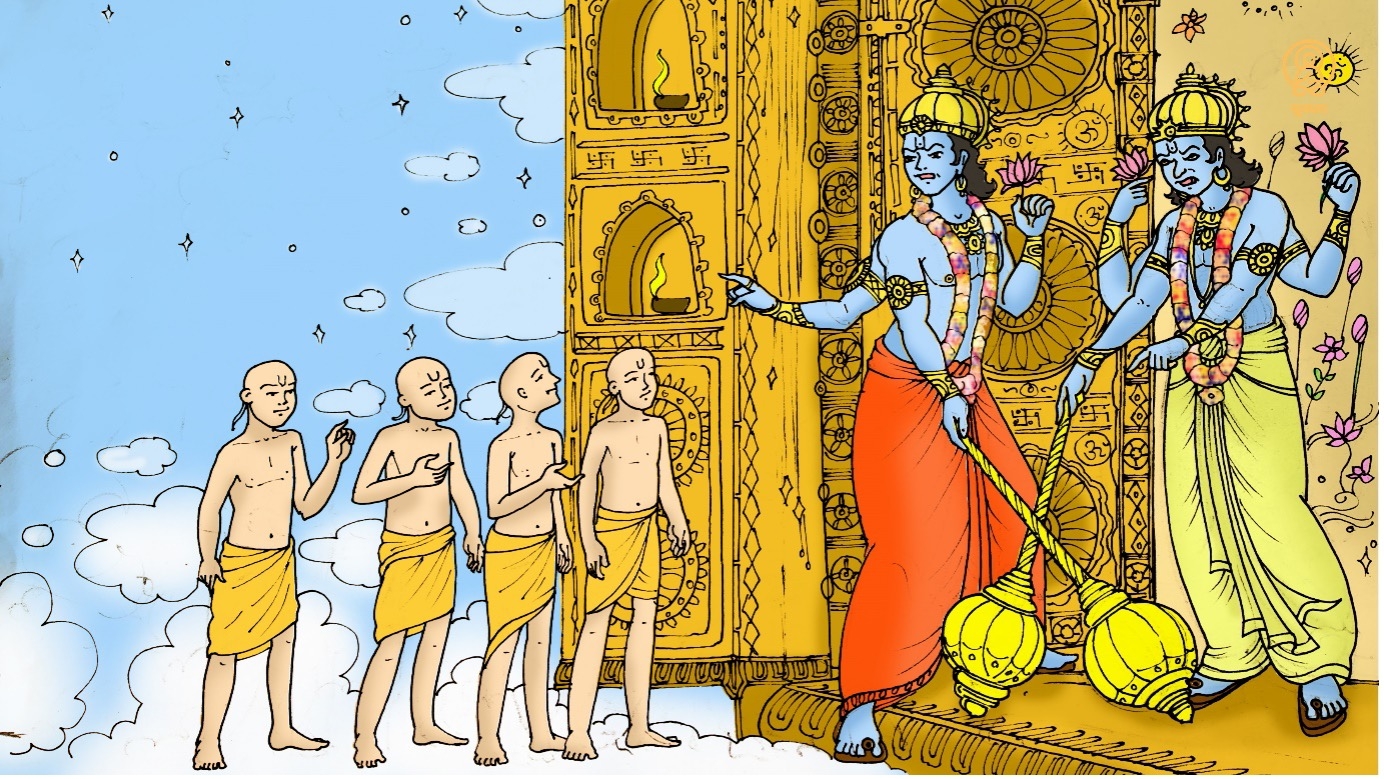 Jay and Vijay were entrusted with the responsibility of manning the gates of Vaikuntha. Once first mind-born sons of Brahma four Kumars; Sanak, Sanandan, Sanatan and Sanatkumar wanted to meet Narayan and decided to visit Vaikuntha.

Kumars were stopped at the gate of Vaikuntha by Jay and Vijay. Sanatkumars demanded entry to see their God, however they were denied entry by the gatekeepers.

The Kumars said, “You fools! We are the greatest devotees of Bhagwaan Vishnu and we cannot be stopped from meeting Him. Narayan is always approachable to His devotees and being in the position you two are, you should be well aware of this. Instead of being arrogant, you should instead be humble and allow us entry to meet Shri Hari.”

These words from Sanakadik munis did not have any effect on the gatekeepers and they still denied them entry inside the gates of Vaikuntha.

This behaviour angered the four Kumars and they cursed Jay and Vijay saying, “Despite living so close the Narayan, you two have become arrogant. Vaikuntha is not a place for arrogant fools. We curse you to fall from Vaikunthalok and be born as mortals for three consecutive births.” 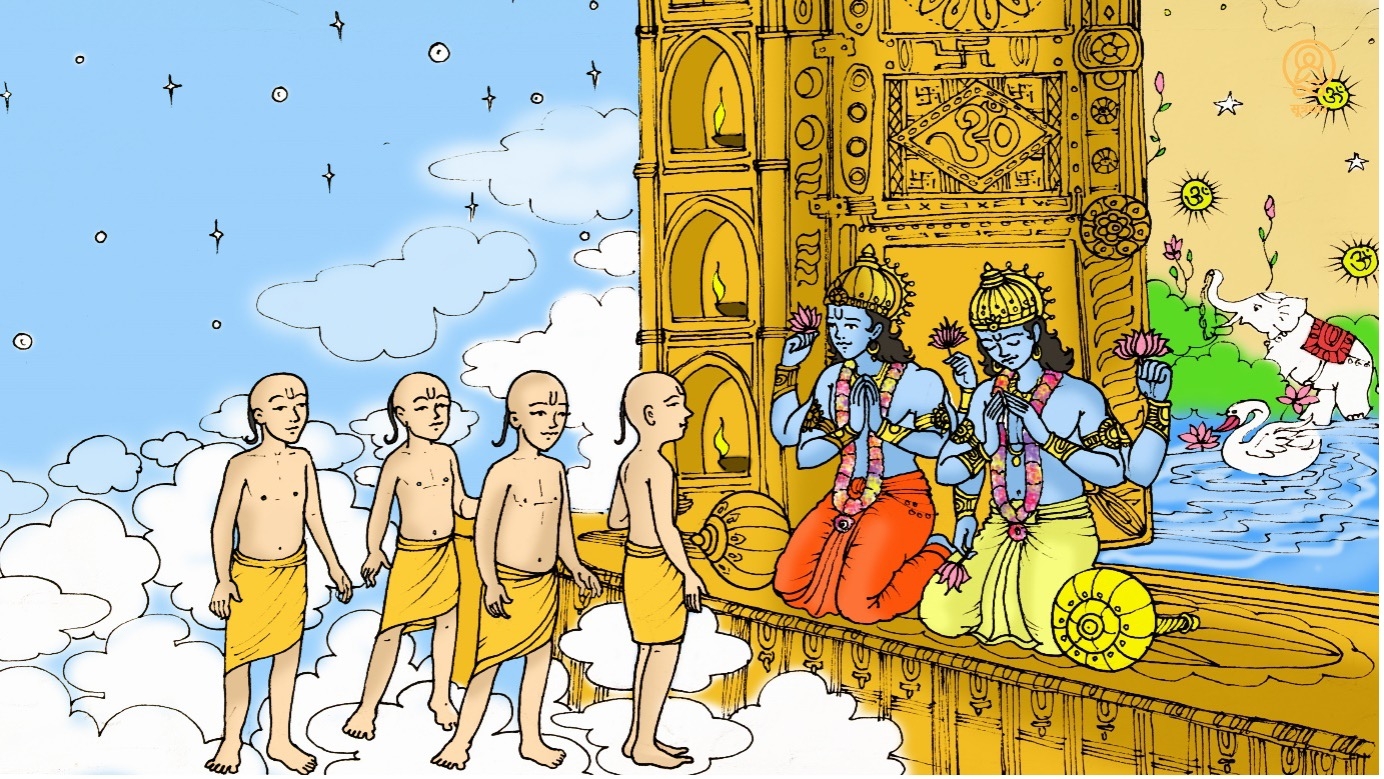 Hearing these angry words from the first sons of Brahma, the gatekeepers realised their folly and fell at the feet of Kumars begging for mercy.

When Narayan heard about the visit from four Kumars, he came running along with devi Lakshmi to greet them at the gates. He got to know about the curse and said, “O great sages! These two are my devotees, however due to their arrogance they have made the grave mistake of stopping you from meeting me.”

Shri Hari further said, “By refusing you entry, they have insulted you and the deserve your anger. However, since they are my councillors, I beg of your forgiveness on their behalf. Please drop your anger and be your usual happy selves.”

Hearing these sweet words from Narayan calm them down and they realised maybe they were too harsh in cursing the gatekeepers. The Kumars said, “O dear Lord! You are the preserver of the universe. You are always respectful and treat everyone justly. Maybe we were too harsh in cursing your gatekeepers. If you wish, you can relieve them of our curse.” 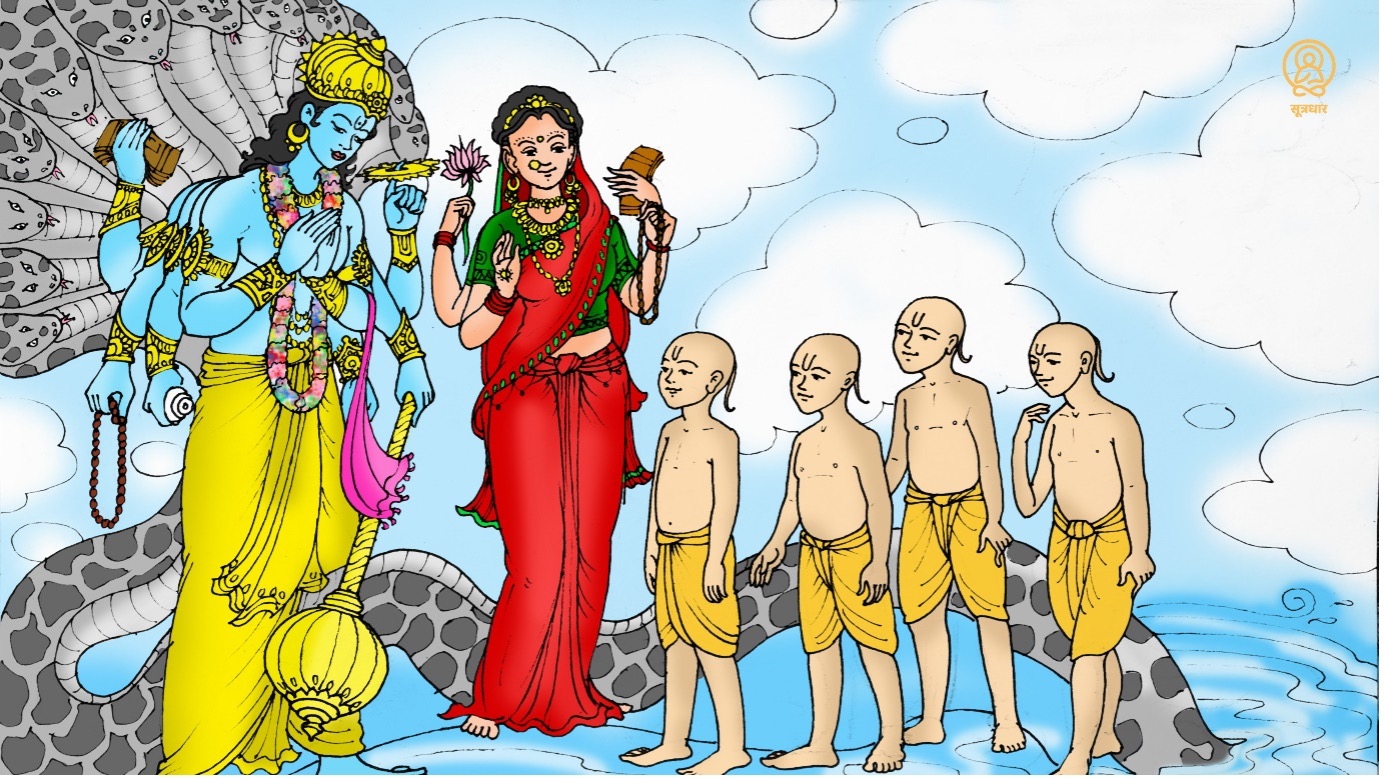 Bhagwaan said, “O wise Kumars! Despite being almighty, I do not want to make your words false, as it would not be right. Whatever you have said, will happen as you have said.”

“These two will be born as my sworn enemies and will be relieved of this curse by me.”

Thus, in Sat Yuga Jay and Vijay had to incarnate as Hiranyakashipu and Hiranyaksh and were killed by Nrishingha and Varah avatar of Bhagwaan Vishnu. In Treta Yuga, the duo was born as Raavan and Kumbhakarna and were killed by Shri Ram Avatar. For their last birth they were born as Shishupal and Dantvakra and were finally relieved from the curse by Shri Krishna Avatar. 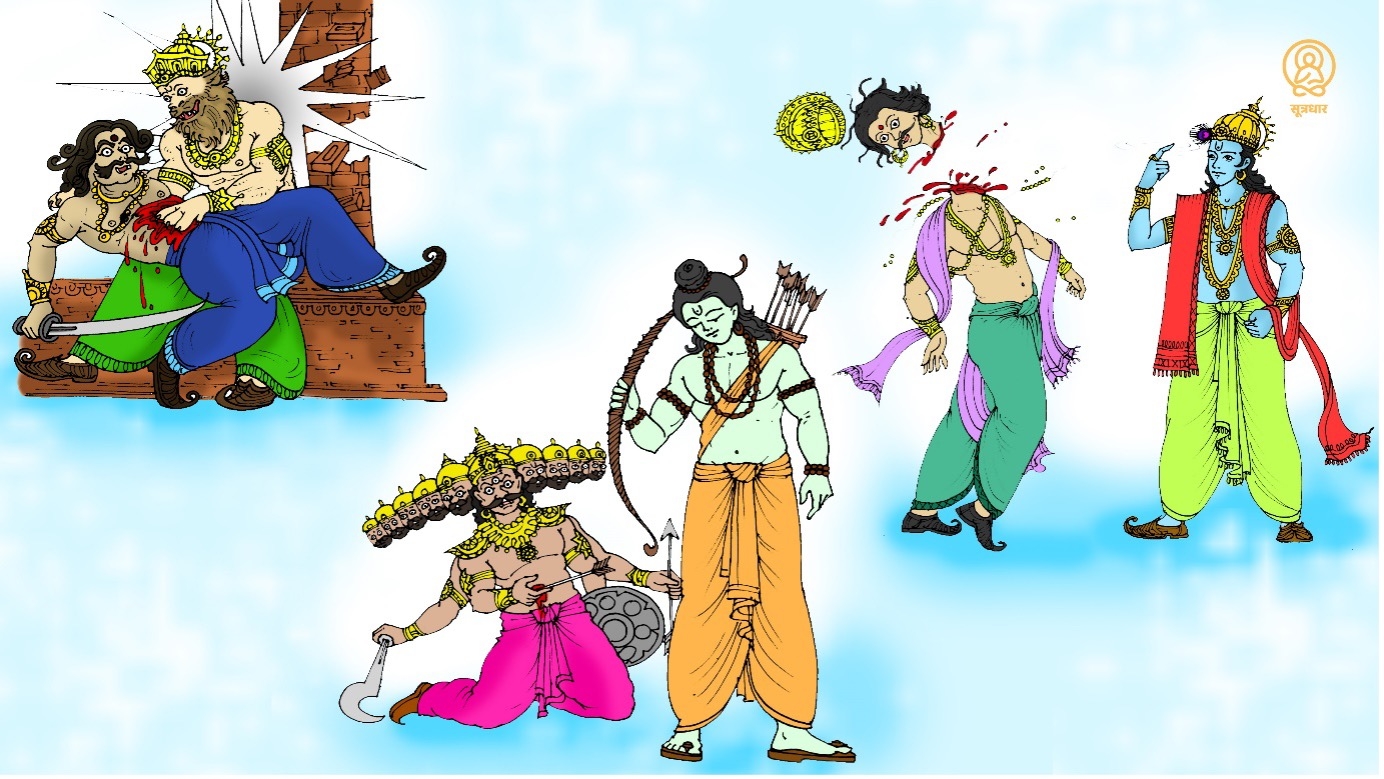 After serving their curse Gatekeepers of Vaikuntha became part of Shri Hari and returned to Vaikuntha.

To know more about Jay and Vijay and many other such stories from Ancient India, stay connected to Sutradhar and show us your support by telling your friends about us. We are confident they will appreciate the recommendation.