There are great many stories in the great epic Mahabharat, which have not been shown on television. One among these stories is the story of Devyani. Story of Devyani is mentioned in the Adi Parva of Mahabharat. This story is connected to Yayati, an ancestor of Kaurav and Pandav.

In this first part of the story, we tell you about the one-sided love story of Devyani, daughter of Daityaguru Shukracharya.

Before churning of ocean, Gods had not yet drunk the nectar and were still not immortal. Dev and Danav were constantly fighting for universal domination. At that time Vrishaparva, Son of Rishi Kashyap and his wife Danu, was the king of Danav clan. Danav had appointed Shukrachaya as their preceptor, while Dev had chosen guru Brihaspati.

Whenever there was a battle between Dev and Danav, Guru Shukra will bring all the fallen demon warriors to life using his knowledge of Mrita Sanjeevani. Guru Brihaspati did not have this knowledge. This gave Danav advantage in Devasur Sangram. Danav were fighting without the fear of death. On one hand number of Dev warriors was declining while Demon army numbers remained completely intact.

Gods went to their preceptor Brihaspati and requested him to find a solution to this. Guru Brihaspati called his son Kach and instructed him to go and study under Shukracharya and somehow learn Mrita Sanjeevani from him. Once Dev have the knowledge of Mrita Sanjeevani, Danav will no longer have the unfair advantage in the war. Despite the risk of getting killed by the Danav warriors, Kach agreed to do this task. 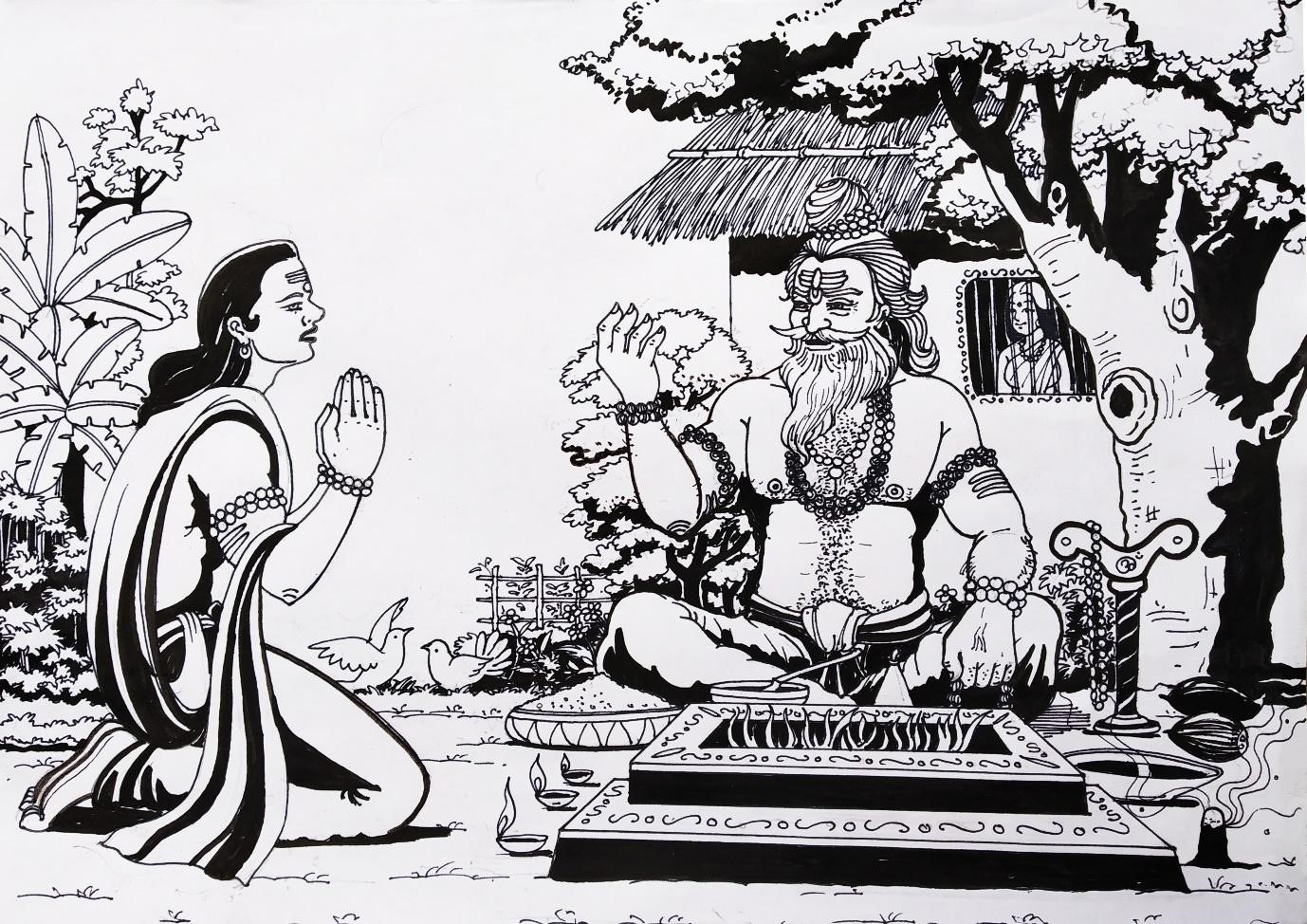 Shukrachaya along with his daughter Devyani, used to live in his ashram near the palace of Danav king Vrishaparva. Kach presented himself in front of Guru Shukra and said,” Gurudeva! I am Kach, son of Devguru Brihaspati and grandson of Prajapati Angiras. I wish to be educated under your guidance.”

Such words from Kach made Shukracharya proud about himself, thinking the son of Devguru has come to him for education. He agreed to take Kach as his student and said,” I have immense respect for Devguru. It is an honour for me, that his son wants to be my student.”

He made Kach take vow of celibacy till his education under him is complete and allowed him to live in his hermitage as a student.

Kach was a model student and his behaviour made him favourite student of Guru Shukra. Shukrachaya’s daughter Devyani also started liking him with time.

When Danav soldiers found out that son of guru Brihaspati is living in the hermitage of Shukracharya and being educated under his guidance, they got worried. They figured if somehow Kach learned the Sanjeevani Vidya from Guru Shukra, they will lose the only edge they had against Devtas. 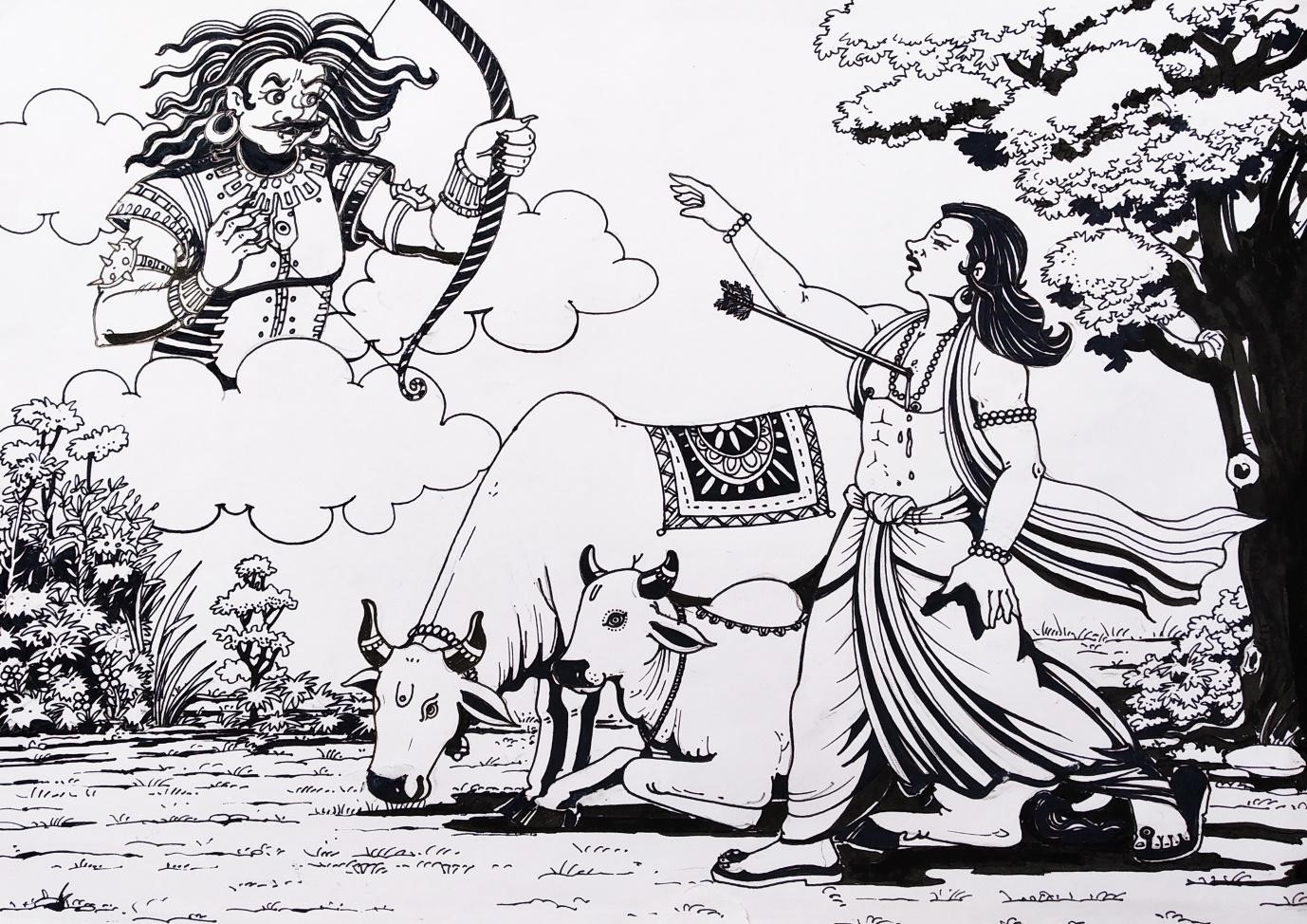 One day when Kach was out in the jungle feeding the cows of the hermitage, Danav soldiers cornered him and killed him.

In the evening when all the cows returned to the hermitage without Kach, Devyani insisted that her father should go and look for him. Shukracharya found Kach lying lifeless in the jungle. He used his knowledge of Mrita Sanjeevani to bring Kach back to life.

When Danav soldiers saw Kach alive, they came up with a different plan. This time they killed Kach, cut his body into pieces and fed the pieces to wild wolves. This time when guru Shukra used Mrita Sanjeevani Vidya and called for Kach, his body parts burst out of the wolves and Kach came back to life again.

Third time Danav soldiers came up with a different plan. This time they burnt Kach’s body, mixed his ash into wine and made Shukracharya drink it. When Devyani didn’t see Kach around for a while, she got worried and insisted his father does something about it.

Shukrachaya said, “My child! Every time Danav kill Kach, I bring him back to life. This cycle can stop only if I stop reviving him.”

Devyani said, “Father! I love Kach and I cannot live without him. If you do not bring him back to life, I will die.”

Using his mind power Guru Shukracharya figured out that Kach is in fact inside him and if he calls him out, he will come out of his stomach killing him in the process. However, he loved his daughter a lot and could not see her sad. So, he came up with a plan. He revived Kach inside his stomach and taught him Mrita Sanjeevani before calling him out. 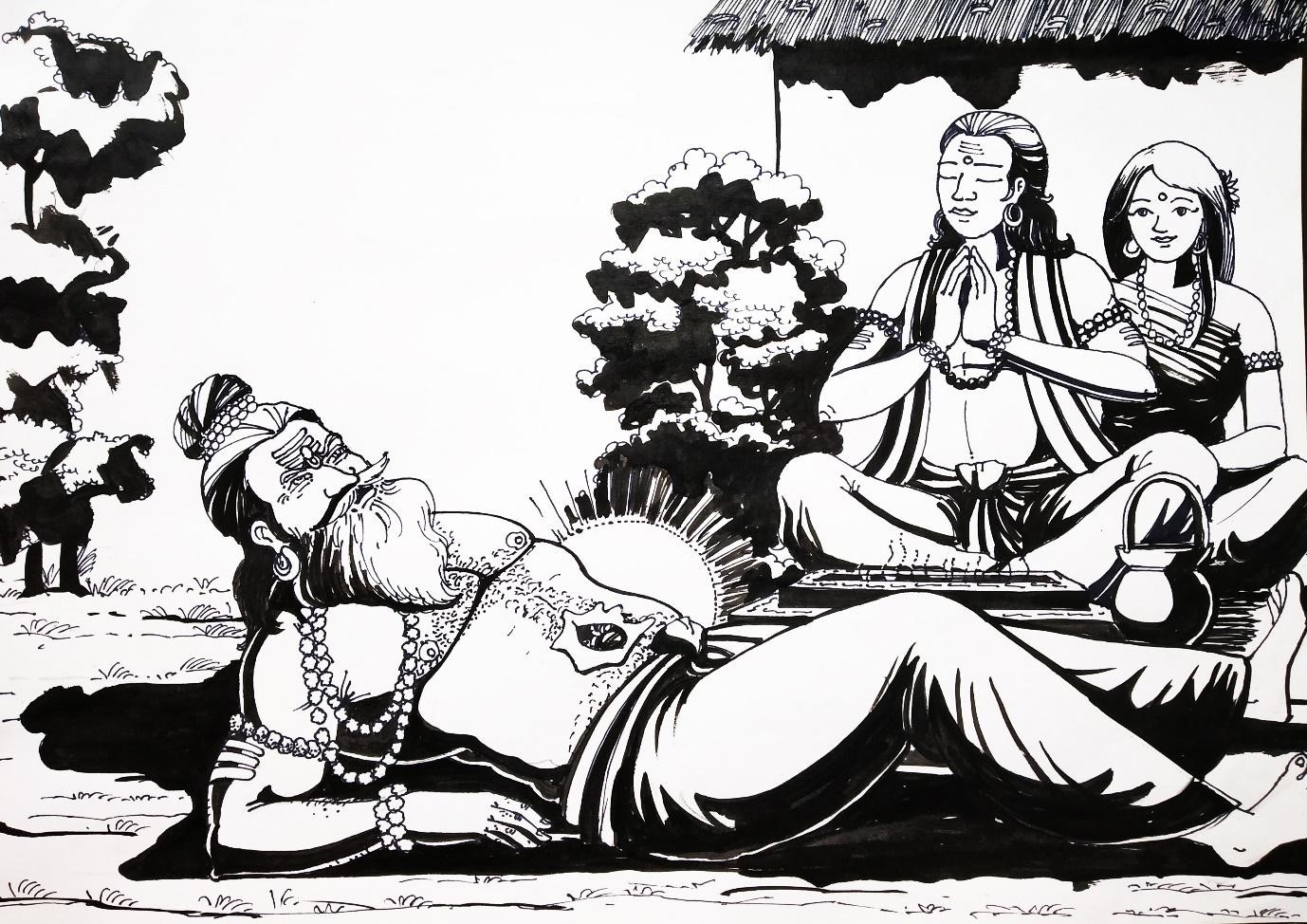