Indra took away the pot of nectar brought by Garuda before snakes could drink it. Now they needed to find another way to protect them from the curse of their mother.

One among these was Sheshnag. He was very unhappy because of his brothers’ behaviour. They were becoming unruly and spent most of their time in harassing people for no reason. Sheshnag thought of finding their own path in life away from the influence of his other brothers. He decided to perform a difficult penance to please Brahmadev so that he can seek guidance from the Creator himself on finding a meaningful purpose for his life.

He kept praying for many years consuming only air. In the end Brahmadev was pleased and he appeared in front of Sheshnag. Brahmadev asked, “O Shesha! What is the purpose of enduring such hardship? Why are you hurting yourself like this?”

Shesha replied, “O creator of the universe! All my brothers are idiots. They keep harassing others and when they cannot find anyone, they start fighting among themselves. Their animosity towards our cousin Garuda is also harming us. I do not want to live among them. I want to find my own path separate from theirs. Please find me a meaningful purpose that keeps me away from my brothers and makes my life fulfilling.” 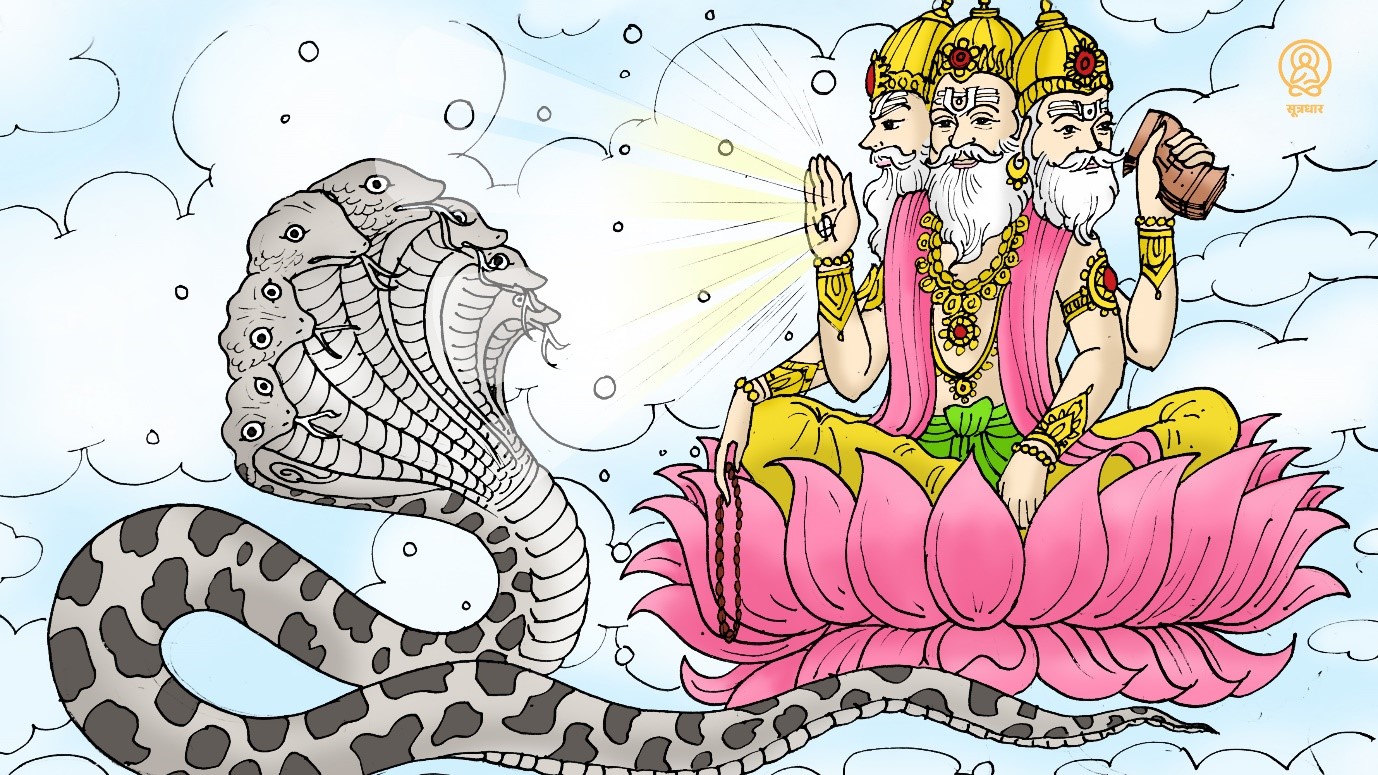 Brahmadev told Sheshnag, “O Adishesha! Your brothers’ actions are not hidden from me. They have become arrogant in power and have started causing pain to others. That is why I did not stop Kadru from cursing her own children, because I believe they need that punishment. Thankfully, you are not like them. You have your heart and mind in the right place. Ask me any boon you desire.”

Adhishesha replied, “O great grandfather! I only wish that my heart and mind always remain righteous and I have to never deal with my brothers. I request you to find me a purpose in life suitable for my abilities and away from my brothers.”

The Creator smiled and said, “The kind of strength and patience you have demonstrated praying to me, I do have a task in mind. This will not only keep you occupied till eternity; it will also help all lives. This earth, my creation carries hills, oceans, forests, villages on itself and due to this imbalance, it keeps shaking; causing loss of life. I suggest you hold this earth still so that it stops shaking.”

Sheshanag agreed to Brahmadev’s suggestion and grabbed the earth in his grasp to keep it from shaking.

Thus, Sheshanag found a purpose in life away from their brothers and the earth got stability. However; other brothers of Shesha were still clueless about how they would be protecting themselves from Janamejaya’s snake sacrifice. 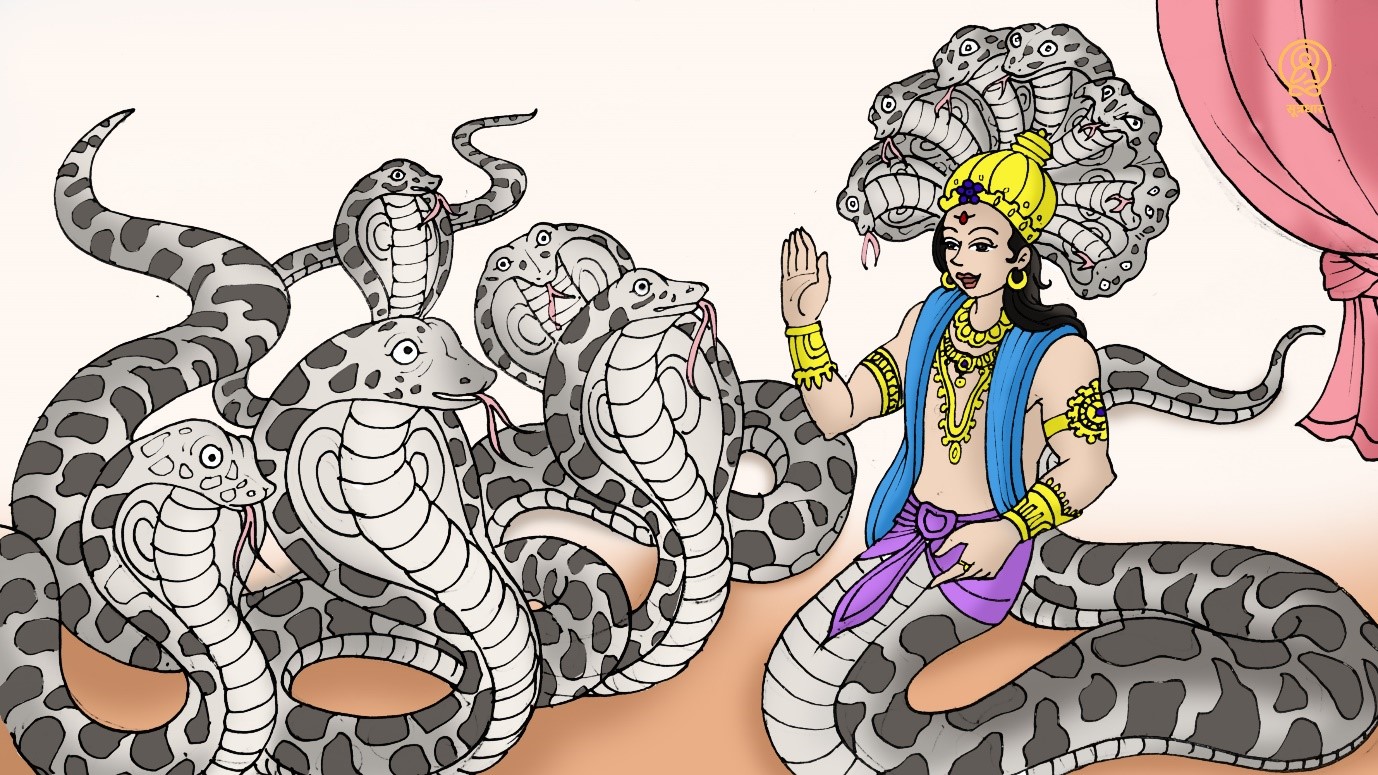 King of snakes Vasuki called for a meeting of all his wise brothers to discuss ways of saving themselves. They all suggested various ways but none of them sounded practical. In the end one of the snakes Elapatra said, “Brothers! Listen to me very carefully. It is impossible to stop Janamejaya’s snake sacrifice but I have a way to save us from that. When mother cursed us, I was present there. I heard about the remedy from the mouth of great grandfather Brahmadev himself. So, you all pay attention to what I am about to say. There will be a nomad saint by the name Jaratkaru. He will have a son named Astik. This Astik is the only one capable to saving us from Janamejaya’s sacrifice. His mother will be none other than our sister Mansa.”

Hearing these words from Elapatra Vasuki and other snakes decided to protect their sister. They sent many snakes in all directions to look for nomad saint Jaratkaru, so that they can marry him to their sister and get him to produce a child through her.

“Jara” means worn out and “Karu” means healthy. The rishi had a very healthy body, which was worn out because of his traveling lifestyle. That is the reason the rishi was called Jaratkaru. It was the same reason Mansa devi was also called by the same name.

Jaratkaru rishi was nomad and he did not have any permanent residence. He would roam around all day and find a suitable shelter somewhere on the way to spend the night. This lifestyle of his made locating him very difficult. 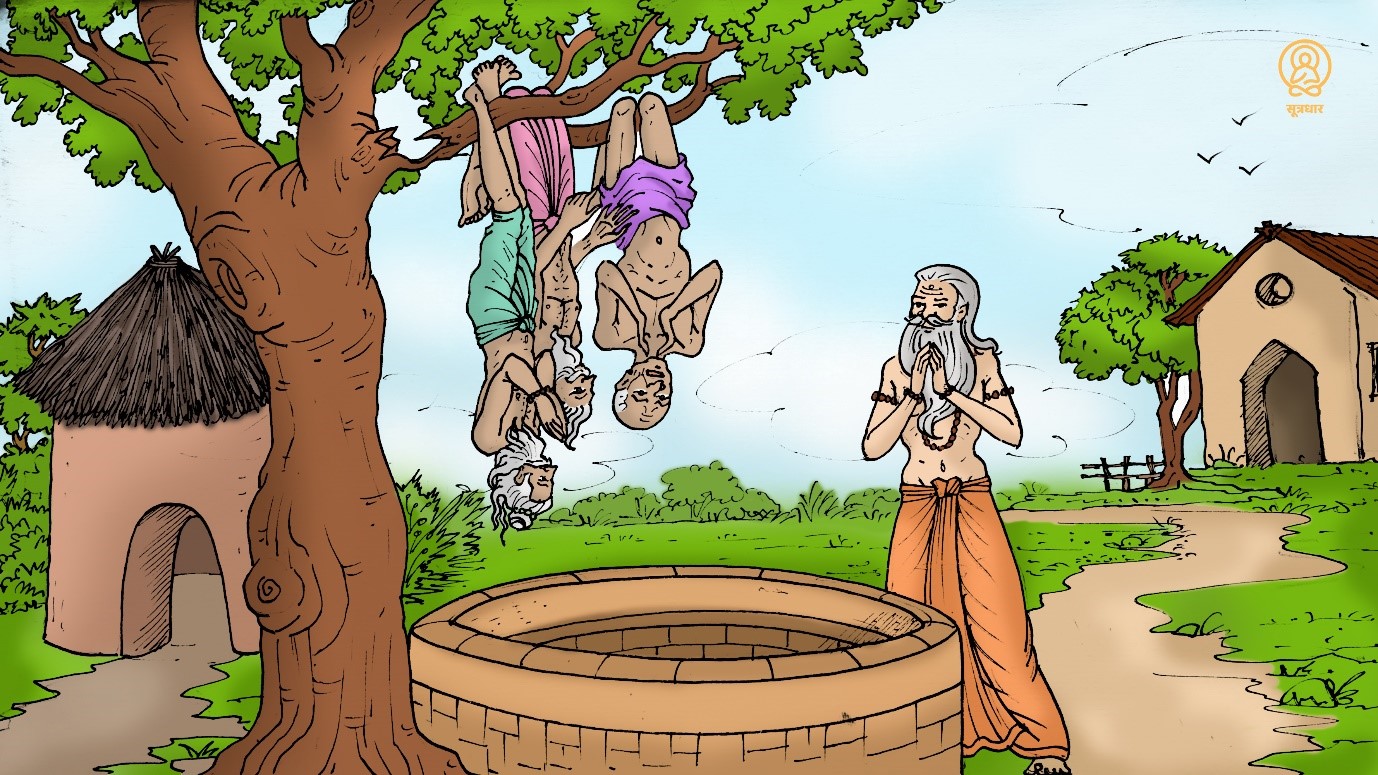 One day during his travels, Jaratkaru rishi saw some elders on top of a well hanging by their feet. Jaratkaru rishi stopped to enquire about their situation. They said, “We are all nomad saints. We are your ancestors. You are the only one left in our lineage, who is living the life of an ascetic. This branch on which we are hanging is you. If you die without producing a child, we will all be doomed forever. That is why it is our wish that you find a suitable woman to marry and produce a child through her.”

Hearing these words from his ancestors Jaratkaru rishi said, “O my elders! I had decided to live the life of an ascetic all my life, but seeing you in this state I have changed my find. Now I will find a suitable woman and marry her. However, I will still not be able to maintain a household. Let me worry about that though. I will make sure that our lineage does not end after me.”

Jarakaru rishi was finding it very difficult to find a suitable girl for himself. Mainly due to his worn-out body and his nomad lifestyle nobody was ready to marry their daughter to him. One day disappointed from his search, out of frustration he started talking to trees, “I was to make sure my ancestors are not doomed forever and that is the reason I need to marry a girl who can produce me a child. Is there anyone out there who would consider marrying their daughter to me?”

Messengers sent out by Vasuki heard this and they brought him to Vasuki. Vasuki offered his sister’s hand in marriage to the nomad saint. Jaratkaru had a condition though. He said, “I am grateful for your offer and will marry your sister. However, if she ever angers me due to her actions, I will leave her and go back to my nomadic lifestyle.”

Vasuki and his sister agreed to this condition. Jaratkaru rishi married the snake princess and started living together. One day Jaratkaru rishi got angry over his wife for some reason and went away, leaving her wife.

The snake princess was pregnant with the child of Jaratkaru rishi at that time. She went to back to their brothers, who tool great care of her. In time she gave birth to a son, who was bright like the god of fire himself. The son was named Astik, who started growing under the care of him snake uncles. 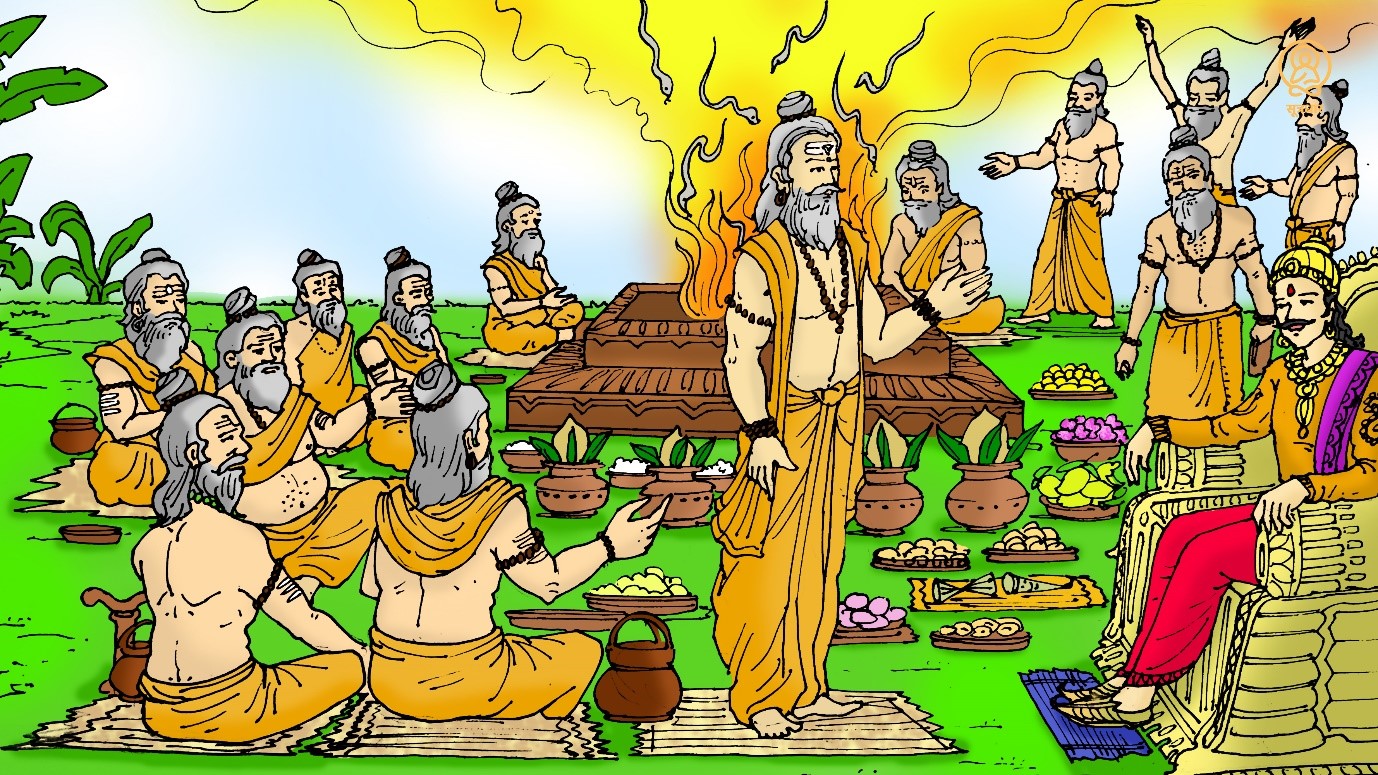 When Janamejaya was conducting his snake sacrifice and had almost burnt all the snakes in its fire, Astik muni was the one who visited him and demanded him to stop the sacrifice. That is why it is said that mentioning the name of Astik muni in front of snakes makes them go away without harming you.

This is the end of the series on History of Snakes from book of Mahabharat. We hope you enjoyed it. We at Sutradhar will keep on bringing more such stories for you.